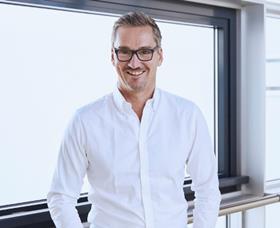 Markus Hefter, who left the ISPO Group after 18 years earlier this month, will join the Swedish ingredient brand Polygiene as commercial director for EMEA in September. The 51-year-old German manager has been most recently in charge of the ISPO Munich and OutDoor by ISPO trade shows. In his newly created position, Hefter will be working from the Munich area, reporting to Haymo Strubel, who has been VP of commercial operations for EMEA since last year. Strubel joined Polygiene as director of commercial operations for Europe in 2016 and became chief sales officer in 2018. Hefter’s nomination is expected to strengthen the Polygiene brand in the EMEA region as it extends its reach into new areas such as lifestyle, denim and workwear. Founded in 2006, Polygiene went public ten years later. In 2012, an initial collaboration with Patagonia in the U.S. marked a breakthrough for the brand in the sports and outdoor industry as the company developed its Polygiene Stays Fresh and Polygiene Odor Crunch technologies. With the outbreak of the Covid-19 pandemic around the world, Polygiene successfully introduced its ViralOff antiviral treatment, which has since been used in face masks and clothing. Earlier this year, the Swedish company bought Addmaster, a global supplier of antibacterial additives for hard surfaces based in the U.K.