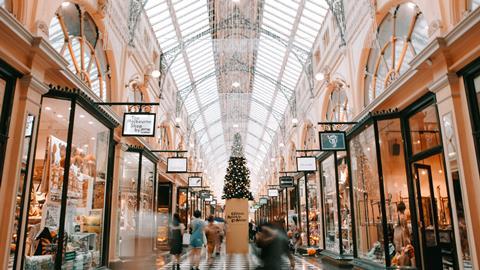 Opinion: The short- vs long-term perspective of retail recovery

The pandemic has led consumers to shift interests and behavior for now, but not necessarily forever. This also means that short-term gains and losses should not be translated into an everlasting future. It is important to take into the equation the brand performance of the leading players going into the crisis when predicting their performance during the recovery phase. The coming year will be crucial for retail in the Nordics, in Europe and rest of the world. In the short term cash is king, but in the long term, the strongest brands will win.

Covid-19 hit retail in the midst of its digital transformation. The development of retail during the crisis shows an uneven development in different industries and categories. What some might refer to as the good old days, meaning the time before the pandemic, was anything but a safe zone for retailers and brands.

The pandemic has been a catalyst for a process that would have taken place anyway. Even though it has been referred to as the cause of the development, it has only speeded things up. The walking dead have died and the sound companies have bloomed. Covid-19 has put the development process in a fast-forward mode.

But there is a catch. The consumer’s behavior during a crisis does not necessarily translate into long-term behavior. The Boston Consulting Group (BCG) has looked into consumer behavior before, during and after a crisis and game-changing events like 9/11, Sars and even World War II, and published an article on this – “Sensing and Shaping the post-Covid Era” – already at the beginning of April. They conclude the results with one sentence: “We must distinguish between temporarily postponed, accelerated, or disturbed consumption, and new, more permanent patterns of consumption.”

What was learnt from previous crises – such as 9/11, for example – shows that consumers change their focus and behavior quickly. The months after the terrorists crashed into the World Trade Center, there were fewer people who were comfortable boarding an airplane, but after 18 months, air travel went back to the same levels as before the attack. The long-term consequences of the terrorist threat are that we have become used to more thorough security screening and that we are no longer allowed to bring liquids on board.

Today, the recovery from the present situation still seems to be far away. The U.S., which is the locomotive of the world economy, hit bottom during Q2, and economists talk about a tsunami of unemployment in the months to come. Meanwhile, countries like China, Russia and Turkey are pushing ahead and trying to move forward in order to gain a better position, creating tensions with neighboring countries and adding to the global economic turmoil.

Industries that have, so far, benefited from the pandemic are the grocery, pharmaceutical and DIY businesses, while consumers have been largely confined to their homes. Apparel is one sector that had to deal with zero consumer interest at the start of the pandemic, with a slow recovery during the subsequent months. Several retailers are planning for a shrinking market in the following years. The sports industry also was hit hard at the beginning, although some categories, such as outdoor and fitness, have benefited from the “staycation” trend this year, with virtually no international travel.

The picture in the Nordic countries

Going into 2020, Nordic sports retailers had certain difficulties, being under pressure from online category specialists and discounters like Stadium Outlet. To sum things up:

Brand equity as an indicator of future potential

As BCG has concluded, in the short term, crisis-related fluctuations in the market do not necessarily translate into long-term trends. For example, consumer interest in outdoor equipment because of restricted international travel does not necessarily translate into long-term growth. Likewise, companies like XXL that have had a positive development should not automatically take future growth for granted.

Xtreme Insight, a Swedish-based expert on brand tracking and development, has since 2013 been running a brand tracking program for the Swedish market, following 20+ brand KPIs for all the major retailers on a monthly basis.

Looking at the brand health of leading players in Sweden, we see a few KPIs that reveal certain future possibilities and threats:

Stadium has been and still is the strongest leading brand, with top ratings on all but one of the brand attributes that are included in Xtreme Insight’s brand tracking.

Magnus Ohlsson is the founder of We Hunt For Heads, a Swedish consulting business that focuses on retail and brands. With its 25 years of experience, the company helps its customers to recruit for management and specialist positions as well as to understand retail, brand and consumer trends, for the creation of actionable scenarios for the future. He has previously held positions as marketing director, chief executive and chairman of the board at several retail companies.

Photo by Heidi Fin on Unsplash