Klarna, the Swedish retail banking, payment and online shopping service, has unveiled “The Klarna All-Star Vault,” an interactive activation celebrating the connection between fashion and professional basketball in its 75-year history. The promotion – Klarna’s first-ever immersive sports activation – continues the shopping service’s expansion in the sports industry, following the brand’s recent announcement as the official shopping partner of the Chicago Bulls and founding partner of the Angel City Football Club in Los Angeles.

From Feb. 18-20, a real-life pop-up at Cleveland Public Square in Cleveland, Ohio, will bring fans closer to the game with merchandise giveaways, fan experiences and access to some of basketball’s most coveted sneakers during one of the sport’s biggest weekends. In addition, fans around the world can digitally access the experience, which, amongst other offers, gives them the opportunity to vote on Klarna ambassador, All-Star and Chicago Bulls player Zach LaVine’s pre-game outfit, which will be unveiled on Sunday, Feb. 20. LaVine’s stylist has put together two potential outfits for users worldwide to choose from. Both looks are also available for purchase through the Klarna app.

For true basketball and sneaker fans, an exhibit of in-game worn originals from the personal archive of renowned sneaker collector Gerard Starkey will also be on display both on-site and on KlarnaVault.com. Styles on display include Michael Jordan’s 1989 Air Jordan 4, worn on the infamous “Shot” against Cleveland; Air Jordan 11 “Columbia” from 1996; Air Jordan 12 from the Bulls’ 1997 title run; as well as rare originals such as the Air Jordan 1 High “Banned” from 1985 and the Air Jordan 7 “Bordeaux” from 1992. 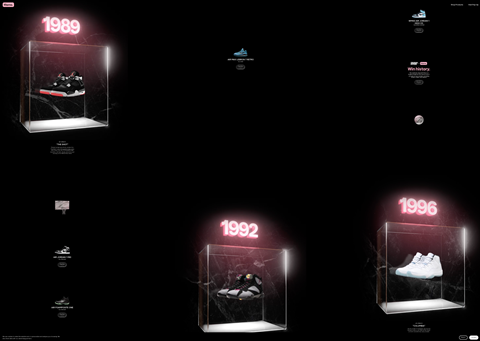