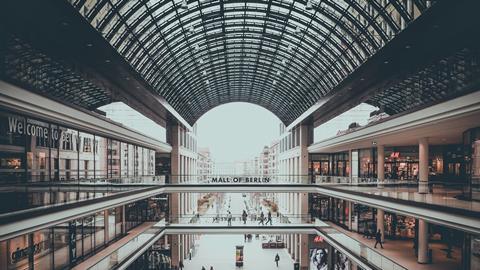 Analysis: What is happening with Covid-19 on the retail front?

The retail lockdown in Germany is estimated to have caused a drop of 60 percent at brick-and-mortar stores in the fashion sector in general in March, as compared to the same month a year ago, although they were open in the first few days of the month. The trend will no doubt be worse in April and for as long as the stores remain closed.

The e-commerce segment was not spared, as it is suffered a decline of 20 percent across all segments of general consumption, with a drop of more than 30 percent for shoes and clothing. Zalando’s profit warning (see the separate article) is an indication of the problem.

No figures are yet available to measure the impact of the epidemic on retail sales of sports shoes and clothing, 40 percent of which are sold over the internet in Germany, according to NPD, but the trend is likely to have been similar. In the U.S. for example, sales of athletic footwear went down by 65 percent during the week ended on March 21.

There is some hope that the restrictions will be relaxed sooner or later. The Austrian government indicated a few days ago a tentative plan to begin gradually relaxing its nationwide lockdown on April 14. Interestingly, it would start with the reopening of small shops, where there is less likely social contact among people, with larger stores reopening in early May.

Restaurants are scheduled to reopen in mid-May, while the ban on large public events is set to remain in place until at least July. The government introduced the lockdown on March 15 to prevent the propagation of Covid-19. The prime minister, Sebastian Kurz, warned that this week will be decisive in whether Austria sticks to the schedule.

Some suppliers, particularly in Italy, are supporting their retail partners in a special way. Salewa, Dynafit and La Sportiva have told them that many of items that have already been ordered for the current spring/summer season will also be included in their spring/summer 2021 collections (more on this in The Outdoor Industry Compass).

In many European countries where the brick-and-mortar retail sector has shut down, the wages of the employees who have been laid off temporarily or placed on short-time working are being subsidized by the government. On the other hand, due to a tight cash situation in the absence of any sales, retailers are asking for government support to avoid bankruptcies and for landlords to postpone the payment of rents or renegotiate leases.

Department store operators, whose financial situation has been generally fragile in recent years, are probably more in need than specialty shops, as evidenced by Galeria Kaufhof Karstadt’s request for protection from creditors (see the related article in this issue). In the U.K., Debenhams has filed for insolvency.

In the U.K, the government has decided not to levy the business rate (the tax on the right to occupy commercial property) for one year, after numerous British retailers, including JD Sports Fashion, said that they would not pay their store leases. The tax equates to approximately 50 percent of the annual rent.

This decision is expected to prevent even more store closings in 2020. The British Centre for Retail Research expects that thousands of retail stores will not open after the lockdown in the U.K. Most were under great pressure even before the outbreak of the epidemic, because of weak customer demand, a high “business rate” tax and rapidly rising online competition.

In Germany, the national railway company, Deutsche Bahn, has offered its tenants deferment of payment of their rent for April. The rule applies to all commercial tenants in the train stations, regardless of whether they had to close or not. Deutsche Bahn is one of the largest shopping center operators in Germany with a total area of around one million square meters at its stations across the country. It operates all train stations directly except for those in Leipzig and Hamburg. It generated total revenues of €393 million in 2019 from the leases.

What about the clearance sales?

Meanwhile, retailers are wondering what they should do about summer clearance sales. German and French retailers would like them to start later and last longer in order to sell more products from the current spring/summer collection at full price. In France, the dates are regulated by the government.