Garmin reported total revenue of $1.17 billion in Q1 2022. Strong double-digit growth in the outdoor, marine and automotive segments was primarily responsible for the nine percent year-over-year increase. Only the fitness segment saw double-digit declines, and aviation grew by 1 percent. The gross margin was 56.5 percent, while the operating margin was 19.5 percent. In the first quarter of the fiscal year, the company, headquartered in Schaffhausen, Switzerland, achieved an operating profit of $229 million. This represents an eight percent decrease compared to the same quarter last year. 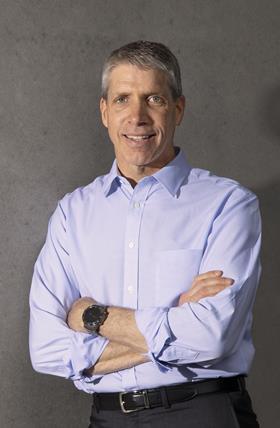 “In an increasingly complex and challenging business environment, we completed another quarter of growth and record sales,” said Cliff Pemble, Garmin’s president and CEO. “High shipping costs and component supply challenges remain, while more difficulties lie ahead with the strengthening of the U.S. dollar and the uncertainty created by Russia’s invasion of Ukraine. In this dynamic environment, we remain focused on developing highly differentiated products that delight our customers and lead to success.”

Garmin recorded a 28 percent decline in sales in the first quarter in the fitness segment. In addition to the decline in all product categories, the main reason was the normalization of demand for bike products. Gross margin and operating margins were 48 percent and zero percent for the first quarter, respectively, resulting in an operating income of $1 million.

In the outdoor segment, Garmin reported strong 50 percent year-over-year revenue growth. The gross margin is 64 percent, operating margin is 39 percent. The operating result amounts to $149 million. This was primarily due to the high demand for multisport watches. Garmin announced a comprehensive update of its portfolio in this segment in the first quarter.

In Garmin’s marine segment, sales increased 21 percent in the first quarter, with sales growth in several categories primarily driven by solid demand for chart plotters. Gross margin and operating margins are 51 percent and 23 percent, respectively, resulting in an operating income of $59 million.

Automotive sales grew 11 percent, driven by both OEM programs and consumer products. The gross margin was 38 percent. However, the company posted a loss of $20 million in the first quarter of the year due to ongoing investments in OEM.

In the aerospace segment, sales grew one percent, driven by OEM. Gross margin and operating margins were 73 percent and 23 percent, respectively, resulting in an operating income of $40 million.

For the full year 2022, Garmin continues to forecast revenue of approximately $5.5 billion. On April 22, the board of directors also authorized the company to repurchase up to $300 million worth of shares.

Garmin, founded in 1989 by friends and aerospace engineers Gary Burrell and Min Kao in Olathe, Kansas, today has more than 80 addresses worldwide in over 30 countries with approximately 19,000 employees.