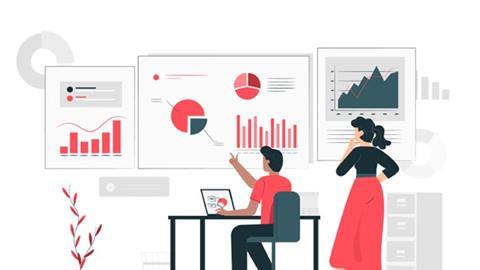 Retail Analysis: 2021 was a banner year for global sports retailers

Aggregate annual sales from the world’s largest sporting goods retailers skyrocketed 17 percent last year to $142,670 million from $118,780 million in local currencies and were up by 20 percent in dollars. Remarkable 2020 demand for outdoor and exercise equipment that bolstered the bike, golf, home fitness and shooting sports segments moderated in 2021 and was replaced by expanding sales of athletic footwear and team sports products. Apparel sales recovered later in 2021.

The market continues to trend more globally, with larger retailers operating in multiple regions and countries and less reliant on the Americas region for most of its growth. Some 31, or 60.7 percent, of the 51 retailers in our annual ranking are based outside the U.S.

Two of the three largest global sporting goods retailers last year were based in Europe: France-based Decathlon and Switzerland-based Intersport. Collectively, the pair generated a 19.2 percent increase in year-over-year revenues. Combined with JD Sports Fashion, the fourth-largest sporting goods in the galaxy, three of the Top 5 entrants were based on the continent and produced an aggregate year-over-year local currency revenue gain of 23.6 percent.

Rebounding from a five percent decline in 2020 that was undoubtedly impacted by the pandemic, total sales from European based retailers increased by 21 percent in local currencies to $57,699 million from $45,717 million. The business largely returned to normal across the region, and seven retailers topped $1 billion in annual revenues. Frasers Group, which acquired Sportmaster in mid-May, has the Russian retailer looking to Chinese brands Li-Ning and 361 to fill some merchandise voids left by Western brands that have withdrawn from the Russian market. Meanwhile, XXL Sports, the largest online sports retailer in the Nordics, which has struggled with lower consumer confidence and declining demand for sporting goods in Scandinavia, will have a new CEO in Freddy Sobin in May 2023.

Dick’s Sporting Goods and Foot Locker lead among sports retailers in the U.S.

The Americas region, led by Dick’s Sporting Goods and Foot Locker, generated a 21 percent gain in aggregate annual sales from its 20 entrants to $68,535 million from $56,653 million and had 16 retailers exceed $1 billion in revenues. U.S. retailers that adapted quickly to e-commerce and launched features like BOPIS (Buy Online, Pick Up In-Store) to cope with pandemic-related closures and cautious shoppers realized rebounding traffic trends throughout 2021. Bass Pro and Sportsman’s Warehouse, meanwhile, suffered some as booming demand for guns and outdoor gear retrenched. Mall-based retailers Foot Locker and Genesco, with its Journeys banner, rebounded from pandemic declines. Lululemon, which is opening 45 stores outside the U.S. this FY, is projecting its revenues outside the U.S. to quadruple over time. The brand, projected to approach $8 billion in FY22 revenues, has seen its European sales increase 22 percent over a three-year CAGR.

Asia, dealing with pandemic-related headwinds impacting the region’s three largest Chinese retailers—Topsports, Pou Sheng and Swire Group – was the only region to suffer a year-over-year sales drop. Aggregate Asia revenues in 2021 fell by 3 percent in local currency and totaled $16,435 million versus $16,344 million in 2020 as five entrants surpassed $1 billion in annual revenues. Topsports and Pou Sheng, which operate mono-brand stores for Nike, Adidas, and other Western brands, were down about 10 percent for the year. The falloff was related to both Covid-19-related lockdowns that hurt consumer confidence and store traffic and government-supported boycotts of Western brands over Xinjiang sourcing. Japan retail revenues were flattish overall as Xebio sales increased, Himaraya revenues declined, and Alpen sales were flat. In the Australia/New Zealand market, Super Retail Group and KMD each realized small gains from their respective sports and outdoor businesses. During its most recent FY, Super Retail Group faced ongoing pandemic impacts and lower New Zealand tourism, but it still generated a 1.3 percent year-over-year sales increase for its Rebel Sport chain, which was helped by a new rCX format and strong sales in basketball and licensed goods.

The Sporting Goods Intelligence annual ranking of the world’s largest sporting goods retailers focuses on those whose primary business is sports products. It does not include general merchandise chains such as Walmart or department stores. In many cases, we acquire public figures. For private companies, we often rely on input from management or develop estimates based on changes in store count and comparable store sales figures of similar retailers. All data is collected in local currency for the FY that ended closest to Dec. 31 and subsequently translated into U.S. dollars for the year from the OECD. All percentage comparisons are in local currencies.

Access more of our exclusive annual analyses in our Market Analysis section. You will find:

Also: Access our database of data visuals with downloadable infographics, data and charts here (become a PREMIUM member to download the charts and data).