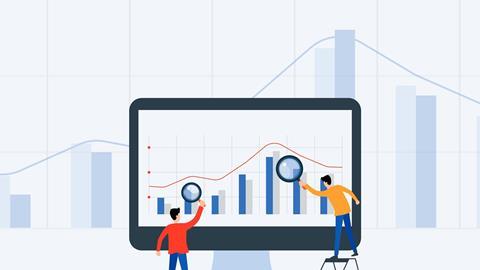 The Covid-related retail lockdowns caused major declines in the consumption of sporting goods in many European countries, particularly in Central and Southern Europe, and in the performance of some major sporting goods retailers in 2020, with wide differences from one to the other. Our annual study of the sports retail market in Western Europe shows that only 16 out of 64 leading sports retailers operating in 15 European countries didn’t suffer a sales decline in 2020. Those that had developed a multi-channel operation weathered the lockdowns better than the others.

Based on our estimates, the market dropped by 5.3 percent to a total of about €63.8 billion in terms of consumption in those countries, with a decline of 5.0 percent in local currencies. However, the retailers whom we interviewed gave strong indications that the situation improved considerably in 2021, probably resulting in a high single-digit or a low double-digit growth rate for this year, in spite of some year-end product shortages for footwear, bikes and other products. The size of the total European market was probably close to €100 million including other countries in Eastern Europe and Russia.

The 5 percent drop in the region is not surprising, as the retail lockdowns were particularly severe in Europe. The NPD Group calculated that the global market remained flat at an estimated level of €429 billion in 2020, and that it would have fallen by 4 percent excluding bicycles. We cover sports bikes in our study, but not bikes used for urban transportation.

Decathlon and Intersport, which are also the leading sporting goods retailers at the global level, came out among the leaders in most of the countries covered by this study, which analyzes the retailers’ performance country by country. We didn’t cover Intersport International in our previously published study of the major retailers around the world because it is a voluntary group - a form of retailing that is not common in the U.S. and some other parts of the world - but it would have come right after Decathlon in the global rankings with a retail turnover of €10.6 billion including VAT.

We are fortunate that the majority of the retailers covered by this study volunteered some of their figures for last year, especially those about the growth or decline in their business in certain countries, thanks to the good relations that we have established with them. The actual retail figures – including or excluding VAT - may not always be accurate, especially those that we publish here for the retail members of voluntary groups like Intersport or Sport 2000. In some cases, we had to guess increases or declines based on changes in the number of stores.

In Germany, the figures given for the highly secretive Signa Retail Group are very much of a guess. They include the sales of the downsized Karstadt Sports chain and SportScheck, plus an estimated breakdown for the German market for the figures published for Signa Sports United, the international e-tailer that owns Tennis-Point and many other sports websites. We hope that they will be more cooperative in the future.

It’s been harder than ever to determine the size and evolution of the market in each of the countries in the absence of accurate and homogeneous statistics for some of them, due in part to the increasing role being played by generalist online retailers like Amazon or Zalando, and by the sports brands’ direct-to-consumer operations. In some cases where we obtained new input from market research agencies, trade associations, business publications, local experts and other sources, we have restated the market size figures that we had published for 2019.

Based on the available industry estimates, Sweden and Norway were the only countries that enjoyed some growth, largely because of fewer restrictions on the operations of brick-and-mortar retailers. In Norway, the market where per capita consumption of sporting goods is still the highest, XXL benefitted from a massive clearance program and Intersport’s licensee, Gresvig, merged with Sport 1 in the course of the year, after shelving the G-Sport banner. We have restated the rather official figure given for Norway by the local trade association, which includes estimates for the online channel and the brands’ own retail sales, eliminating those of bicycles used for transportation, although sports retailers in the country are responsible for about 80 percent of all bike sales.

Like before, we exclude bicycles used primarily for transportation from our definition of the sporting goods market, as this segment has been traditionally served primarily by specialist bike dealers in some of the countries. With cycling being chosen as a safe alternative to public transportation, the bike market grew in Europe last year by 40 percent to €18.3 billion, according to the Confederation of the European Bicycle Industry (Conebi), due in large part to a 42 percent increase in sales of electrically assisted bicycles, which are mainly used for commuting. In Germany, where independent bike dealers represent 70 percent of the bike market, sales of all kinds of bicycles rose by 60 percent to €5 billion. Some of them were racing or mountain bikes that would fit into our definition, however.

Bike sales went up by more than 30 percent in Spain, but we understand that sports bikes were a major component of the market. In the Netherlands, where the bike market reached a record level of €1.65 billion, driven by e-bikes, the sporting goods market fell by more than 20 percent if we exclude all kinds of bicycles. Conversely, the market would have been more or less flat in Denmark if we include all kinds of bicycles.

Looking at the five major European countries where NPD conducts a rather accurate consumer panel that covers all channels of distribution for sports apparel and footwear, the market for these types of products fell by 4 percent in Germany, by 7 percent in France, by 10 percent in the U.K., by 12 percent in Spain and by 18 percent in Italy. The market figures that we have adopted for these countries show lower rates of decline because they also include estimates for all kinds of sports equipment including sports bikes and fitness equipment, whose sales went up during the pandemic.