Adidas will continue to be led by its proven six-member executive team, which will jointly pursue the five-year “Own the Game” strategy launched in 2020. The company, based in Herzogenaurach near Nuremberg, announced on Thursday that the contracts of Roland Auschel and Brian Grevy were extended.

Auschel, who is responsible for sales, however, is likely to remain with the company for only three more years. Adidas said his contract was extended by two years until the end of 2024. Since three or five years are usually the rule, business media like the German Boersen-Zeitung speculate about a planned retirement after his renewed contract. There is an age limit of 65 for Adidas board members, but Auschel will not have reached that age by 2024. The sales specialist has been with the company since 1989 and a member of the board since 2013.

At the same time, the supervisory board extended Grevy’s contract by five years until the beginning of 2028. Grevy, who returned to Adidas in early 2020, is responsible for marketing. He previously worked for the company from 1998 to 2016 before switching to Swedish apparel brand Gant, where he served as CEO until the end of 2018.

CEO Kasper Rorsted’s contract had been extended in 2020 by five years until the end of July 2026.

”On behalf of the Supervisory Board, I am very pleased to announce that we have extended the appointments of both Roland and Brian. Our long-term strategy, Own the Game, has the consumer at its heart. Both Roland and Brian play key roles in bringing this consumer focus to life with their respective functions. We are convinced that they will continue the successful execution of our strategy together with the entire Executive Board,” commented Thomas Rabe, the chairman of Adidas AG’s supervisory board. 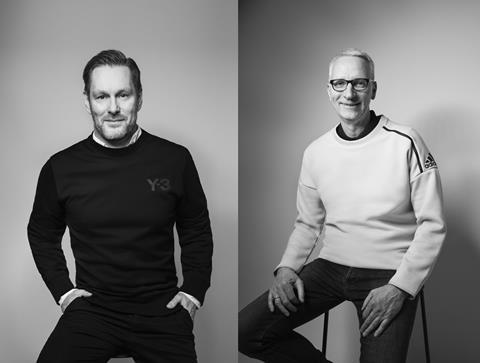