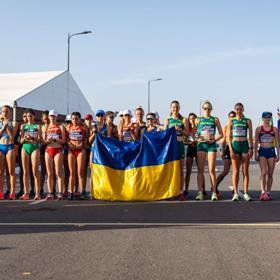 As normal civil life is made impossible in Ukraine due to the Russian invasion, so is regular training for most athletes in the country. The International Olympic Committee (IOC) has set up a solidarity fund to help with funds, logistics, travel, training facilities, accommodation, equipment and kit for athletes. With the efforts of the IOC, the European Olympic Committee and other Olympic movement stakeholders, the fund now totals over $2 million. Coordinated by a task force led by Sergii Bubka, the president of the National Olympic Committee (NOC) of Ukraine, initiatives in various sports federations were realized within the last weeks of the war. Several highlights from the federation’s initiatives can be found in an IOC press release, including: