The plain “Buy now”-button seems to be a thing of the past. Online shopping is reducing friction, getting more intuitive, more fluid – and more social. “Social commerce” – or “social shopping” – is the fastest-growing distribution channel worldwide. Shoppable posts and stories allow brands and users to tag specific products wherever they are within their Instagram and Snapchat posts or stories. Having moved beyond simple sponsored posts and linked content, modern social shopping provides a seamless e-commerce experience within a social media platform by leveraging low-threshold call-to-action steps to reach the majority of younger consumers. The viewer-friendly content makes purchasing an experience where the shoppers can interact with their own contacts, who can get involved in a buying process similar to what happens at a brick-and-mortar store. Users share experiences, get product feedback, receive suggestions and stay up to date with social trends. In contrast to those modern solutions, traditional e-commerce sites appear like dull miniature versions of desktop websites. 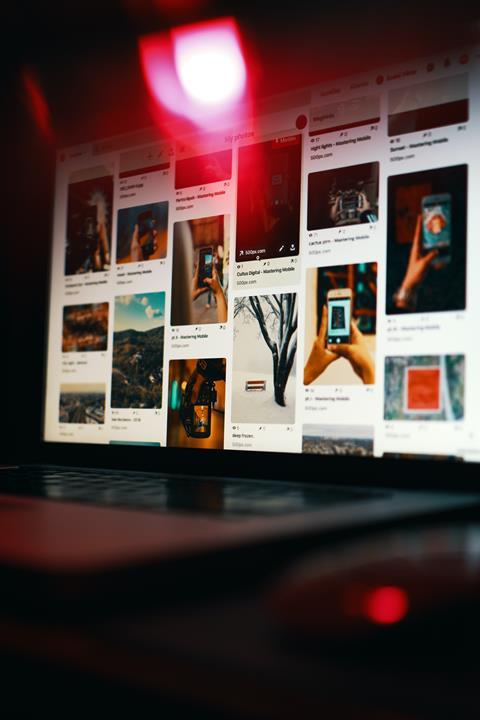 According to Business Insider, social commerce is expected to account for 7.8 percent of all e-commerce sales in the U.S. by 2024. A survey from Statista revealed that 48 percent of all Americans aged 18-34 have already made a purchase through social media. No specific social shopping figures have yet been identified for Europe.

Western platforms that include social shopping features are Facebook, Pinterest, Snapchat and Instagram. The Covid-related retail lockdowns have triggered a lot of action on these and other platforms. Pinterest, which boasts 450 million users, has reported that the number of catalog feeds uploaded on its e-commerce platform grew by more than 14 times in the 12-month period through March 2021.

Partnering with the web shop of Shopify and using its software, Pinterest is giving companies the possibility to link their Pinterest account with their web shop to upload individual product pins or an entire catalog. The function has just now been made available in 27 new countries including Germany, Austria, switzerland, France, Italy, the U.K., Brazil and Australia.

Facebook, the giant (but aging) social media app, which is also the owner of Instagram, is constantly working on improvements to brighten up its sales and shopping options. As we previously reported, Facebook recently activated a “Shop” tab on Instagram that can lead the customer to a commercial space that makes personalized suggestions in accordance with the user’s preferences.

Facebook launched its own e-commerce platform, Facebook Shops, in May 2020. The company indicated last October that it was planning to let its enterprise clients sell products via WhatsApp, the messaging platform that it bought in 2014.

Facebook said a few days ago that it plans to test an artificial intelligence tool in the coming months. Called “visual search,” it would allow Instagram users to click on the photo of a shared item and find similar products in its Facebook Shops application. The company, which already has more than 300 monthly visitors on Facebook Shops, said it would also introduce personalized ads based on the users’ shopping behavior.

Meanwhile, Google has been experimenting with the idea of turning YouTube into an e-commerce platform that would allow the purchase of items featured in videos. Google is already working with Shopify and its merchants to list their products on Google Shopping.

However, none of the Western platforms have yet enjoyed the success seen by their competitors in Asia. Behind this is the popularity of the apps that offer social commerce shopping in China, where customers are more used to buying products over the internet. The three big players in this gigantic market (and abroad) are: 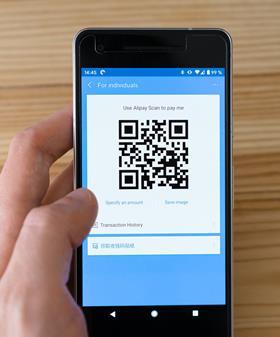 Tencent’s ambitions lay beyond just China – hence the rebrand to the more internationally-friendly name “WeChat.” Several new languages were added – mostly focusing on Southeast Asia, where a smartphone very often is the only device for social interaction and e-shopping. By now, WeChat is the fifth most-used social app in the world, according to We Are Social’s Digital Global Statshot Report. In markets where Facebook and Twitter are active, users can sync their contacts with WeChat to encourage uptake. In China, WeChat is by far the dominant player – even though there is public speculation about the extent to which the Chinese government controls the content and the independence of the app. This does not seem to be the case for e-commerce: The app saw 50 million monthly active merchants on WeChat Pay in Q4 of 2019 already. The integration with the app’s own paying system makes the purchase process easier and faster, as there is no need to log in between different platforms to complete the payment.

TikTok, the social media shooting star owned by ByteDance, is moving aggressively into the e-commerce arena as well, building on its broad global fan base. A test of in-app sales through this platform is currently underway in Europe, visible only to select users. These tests are seen as a precursor to a broader launch of a global e-commerce service, and it remains unknown when the company will initiate it formally.

The sales tools that are increasingly used for social shopping with a certain degree of success are so-called “mini programs,” operating like a separate mobile app, except that they function within another, larger app. According to China Internet Watch, the number of mini programs used per person increased by 25 percent in 2020. The average transaction value per user grew by 67 percent, and the annual transaction volume more than doubled. This year, WeChat alone will carry over a million mini programs (half the size of the Apple Store). China’s largest retailers are already on WeChat, and companies like JD.com, Alibaba or Taobao have a mini program version of their e-commerce platforms.

Data from an annual report by CAICT (China Academy of Information and Communications Technology) show that around two-thirds of users believe that mini programs are more convenient than traditional apps and could take their place in the long run. The big advantage of the small implements: they are easy to create and take very little data volume (2 MB max.). Even before the Covid-19 pandemic accelerated the online shopping development, luxury brands like Burberry, Dior and Gucci used mini programs on WeChat to push sales for the Chinese version on Valentine’s Day. The Off-White brand of streetwear used the app for an exclusive product drop in December 2020. Overall, nearly a third of all mini programs are said to be related to clothes and shoes.

Not only for brands, but also for brick-and-mortar retailers, social shopping offers considerable chances to sell, promote and connect with their end consumers. Social media apps and plug-ins are not only an option for advertising and self-promotion, but serve as a new sales channel that seamlessly integrates into the sales mix.