On March 1, Arne Arens, the Swedish manager who led The North Face in Europe, the Americas and globally between 2010 and last October, will become the new CEO of Boardriders, the struggling parent company of Quiksilver, Roxy, Billabong, DC Shoes, RVCA, Element and Von Zipper. The current CEO, Dave Tanner, will remain on the board of directors and will work together with Arens to ensure a smooth transition. Arens was particularly successful as TNF’s general manager for the EMEA region. Before joining VF Corp, he worked for Nike for eight years in marketing and sales, focusing on the company’s football business in Germany, Austria and Switzerland. He has been a professional volleyball player as well as an amateur boardrider. He has also been a board member of the Conservation Alliance. Tanner has been running Boardriders since 2015, taking the group through a difficult turnaround process under the control of Oaktree Capital Management, ending up with a recent, somewhat disputed refinancing program. 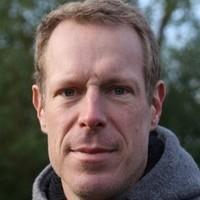