Giovanni Zoppas is returning to Tecnica Group as its chief executive and general manager, starting in May. The 62-year-old Italian executive knows the group well as he is a member of its board of directors and worked as general manager of its Nordica brand between 2003 and 2006, taking care of its reorganization after it was acquired by the group.

At Tecnica Group, Zoppas will take the place left vacant by the departure in December of Antonio Dus, who is now running Cicli Pinarello, the high-end Italian cycling brand taken over by L. Catterton three years ago. His position has been filled since then on an interim basis by the group’s chairman, Alberto Zanatta.

Zoppas started his professional career in 1984 at Andersen Consulting. He worked his way up through the Benetton Group from 1993 to 2000, reaching the level of administrative manager and controller before serving as chief financial officer of Glaxosmithkline before joining Tecnica. After leaving Tecnica, he joined a big Italian retail group, Gruppo Coin, where he served as CFO, responsible for its Coin and Upim chains of stores.

Zoppas then moved into the eyewear sector in 2012, when he became CEO of the Marcolin Group following its takeover by a private equity firm, PAI Partners. He held the post for five years. In October 2017, he focused on the creation and development of Thélios, a joint venture between Marcolin and LVMH in the luxury segment of the sector.

The recently refinanced Tecnica Group, which was founded by Giancarlo Zanatta in 1960, owns several sporting goods and outdoor brands. Besides Nordica, these are Tecnica, Blizzard, Lowa, Rollerblade and Moon Boot. It employs 3,150 people. It had revenues of €382 million in 2020. 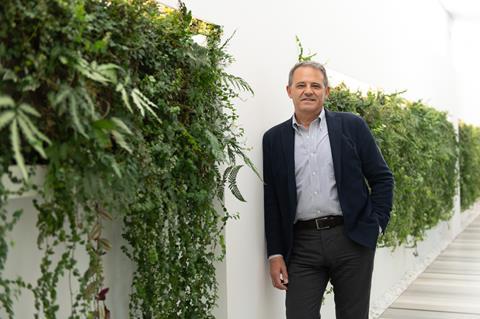