After working for Messe München for 18 years, Markus Hefter has left the company, where he held the position of exhibition director for the ISPO Munich and OutDoor by ISPO trade shows, apparently to pursue a new opportunity with a yet unnamed Swedish company later in September. We understand that the 51-year-old manager was offered to be part of a new organizational structure at Messe München, but then he preferred to take on a new challenge elsewhere.

Hefter has been running the ISPO show in Munich since 2008. He also took charge of OutDoor by ISPO in 2018, after the European outdoor show was transferred from Friedrichshafen to Munich. We could not obtain confirmation of a report that his latest responsibilities will be taken over by Jeanette Friedrich, who was appointed global ISPO Group director in July 2019. Taking no doubt account of the digital transformation of the trade show business, the reorganization of the group is expected to be completed by the end of June, involving a stronger digital component than before, although the number of registrations for next year’s ISPO Munich fair have reportedly reached pre-Covid level.

After the experience gained from the latest ISPO Munich Online show in February, Hefter and the rest of the ISPO team have been working on a new format of OutDoor by ISPO, scheduled to take place in Munich on Oct. 5 to 8, that will include the annual European Outdoor Summit.

Messe München, which is controlled by the Bavarian government, has been severely hit by the Covid-19 pandemic. It has led to a major loss in revenues because of the cancellation of many important trade shows and conventions.

On April 22, Messe München announced a reduction in the size of its board of management, leaving only three of its six members after July 1: Klaus Dittrich, Reinhard Pfeiffer and Stefan Rummel. Dittrich will remain chairman and CEO.

Hubert Aiwanger, the Bavarian minister of economic affairs, regional development and energy, who heads up Messe München’s supervisory board, explained the rationale for the reorganization as follows: “The trade fair industry is facing enormous change. The ability to react quickly and flexibly to new market conditions has never been more important. With this goal in mind, we are streamlining the organization of Messe München to make it leaner and more efficient.” 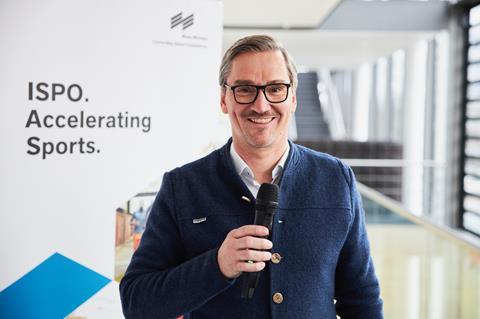