Returning to New Balance after a dynamic journey on the other side of the fence at Intersport, Mathias Boenke has been appointed as senior vice president of the American sports brand for the EMEA region, starting in June. Based at New Balance EMEA’s office in Amsterdam, he will take the place of Fran Allen, who will be retiring at the end of 2021 after spending 25 years with the company.

Boenke worked for New Balance as its German country manager from 2001 until 2006. He then spent seven years as chief sales and marketing officer for a German clothing firm, Huber Holding, before going back to the sports sector in 2014 as CEO of Intersport Austria, where he grew the business strongly. He also oversaw the operations of Intersport Polska for a while.

In 2018, Boenke joined the executive board of Intersport Deutschland, the parent company of the Austrian and Polish operations, which also takes care of affiliated retailers in Germany as well as the Czech Republic, Slovakia and Hungary.

At Intersport Deutschland, he was responsible for the implementation of category management and for strategic purchasing, marketing, communications and digital expansion. At the same time, he represented the German-based cooperative on the board of management of Intersport International Corp. (IIC), but left the post after his rather abrupt departure from Intersport Deutschland last October. Aged 54, he indicated at the time that he was leaving the retail organization, without waiting for the expiration of his contract in September 2021, to pursue new opportunities elsewhere.

Joe Preston, president and CEO of New Balance, released this statement to comment on Boenke’s appointment: “Mathias has a proven track record of success and his leadership skills, industry experience and expertise in digital and omnichannel opportunities will drive our future success.”

After working for Acushnet and a U.S. distributor of Puma, Francis (Fran) Allen joined New Balance in 1991 as vice president of U.S. sales and became later executive vice president for North America. After a five-year stint at Saucony as vice president of global sales, he returned to New Balance in 2013 and moved to the U.K. to manage the company’s European expansion, but then transferred the European headquarters from the U.K. to Amsterdam; He was promoted to the post of senior vice president for the EMEA region in 2015. Under his management, New Balance has gradually taken over the distribution of its products in Italy, Spain, Portugal, France, Germany and the Benelux countries. 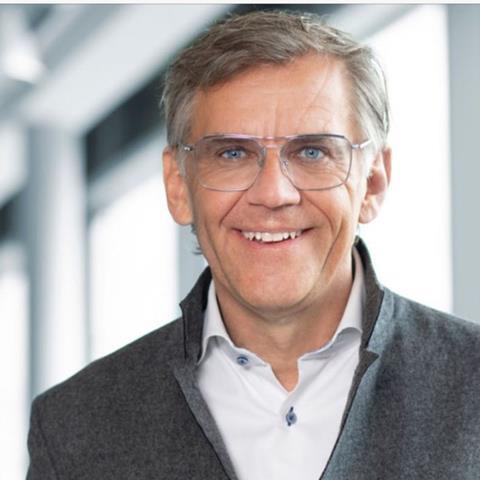