Christoph Alexander Schnell will join Sympatex in February as business development manager for the footwear segment. A trained shoe technician, he has designed formative projects at various companies, including Adidas and Puma. He was also involved in designing the first fireproof footwear for Formula 1. With his developments in the work shoe segment, Schnell has also won the German Design Award. According to Sympatex, the experienced shoe developer and manager stands for a cooperative attitude, focused functional development and innovations in which teams learn from each other. 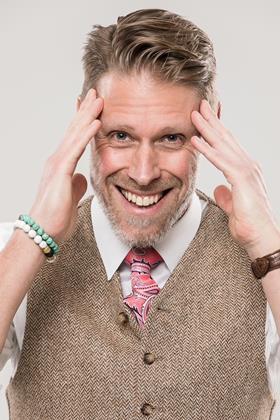 Sympatex argues that strengthening its footwear division is based on analyses foreseeing that sales of sports footwear will increase constantly until 2028. The outdoor and running industry is on a growth course and booming like never before, pushed by long lockdown and home office hours. According to Marketmedia24, for example, trend scenarios expect the market to generate revenues of up to €1.669 billion or higher by 2028. For Sympatex, the market is entering a new phase in 2022 after five years of sustainability efforts. Supported by legislative processes and increasing changes in customer demands, the market volume for sustainable footwear development is rising disproportionately. Starting with close consultation for eco-design to consistent circularity, the demands on Sympatex are explicitly sustainable, innovative and disruptive for joint solution development.