Antonio Dus, the seasoned manager who has led Tecnica Group for the past five years, has become the new global CEO of Cicli Pinarello, with a financial stake in the iconic Italian brand of high-end bicycles, which came three years ago under the control of L Catterton, the private equity firm backed by LVMH.

Fausto Pinarello, founding partner and chairman of the company that bears his name, will step in to the role of “brand guardian,” charged with fostering the brand’s legacy in bike racing, including its ongoing relationship with the victorious Team INEOS.

Dus had already announced a few weeks ago his departure from Tecnica, the parent company of Tecnica as well as Lowa, Nordica, Blizzard, Rollerblade and Moon Boot, after leading its successful reorganization and turnaround with the entry of a new institutional investor. Among other key roles, he previously ran Vibram and Garmont International.

His appointment at Pinarello, where he will also be responsible for operations in the U.K. and the U.S., is accompanied by the creation of a new organizational structure designed to accelerate the brand’s development.

The company is bringing in a new chief marketing officer, Federico Sbrissa, who previously worked with Dus at Garmont, Oberalp and Tecnica. He also worked for another Italian bike company, Scapin, as well as the Salomon Group. Specifically, he took care of Dynafit at Oberalp and Arc’teryx at Salomon. Sbrissa left Tecnica last November after nearly five years with the group, serving most recently as business unit manager for Tecnica Outdoor and as group strategic marketing manager.

Another member of the management team, Andrea Greguoldo, was appointed as supply chain director in October. He came from the Safilo Group, where he gained experience in managing complex subcontracting tasks.

Stefano Sacchet, who joined the company in connection with its acquisition by L Catterton, is confirmed as chief financial officer of Pinarello. Likewise, Walter De Luca remains in his position of sales director, which he has held since 2019.

Like Tecnica Group, Pinarello is located in the area of Treviso, in Italy’s northeast. The company recently developed a line of e-bikes and e-mountain bikes.

Commenting on his appointment, Dus had this to say in a press release: “I envision a society in which the bicycle will play an ever-increasing role in the social fabric of outdoor sports and sustainable mobility. Pinarello has always radically innovated in the demanding world of top-level racing, and we believe that we can also make a huge contribution to this vision.” 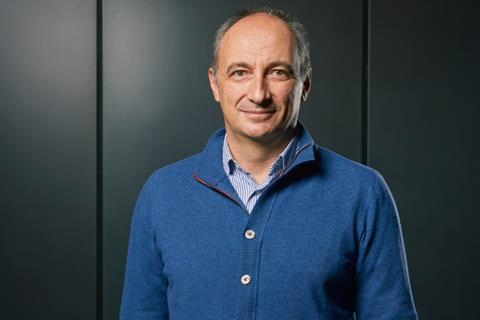