Zipfit, an American producer of ski boot liners has boosted its management. The company has hired Chris Dominick to become its managing director and head of North American sales. Dominick is notably the co-founder of Wise Bar, a “superfood” bar in Colorado. Zipfit has also hired Thomas May, now director of operations and international sales, with a focus on e-commerce. The company’s founder, Sven Coomer, who is in his mid-70s, will remain president and chief designer. Along with his wife, Mary Dominick, Coomer has been running the company from his house in Aspen, Colorado – with manufacturing farmed out to a factory in Montebelluna, Italy – since the 1980s. Zipfit stands for Zero Injection Pressure Fit. His boot-liner design substitutes a combination of materials – a self-molding cork composite, leather and neoprene, with wool for insulation – for the usual plastic foam. Coomer has also invented the power strap and explored custom insoles. Born in Australia, Coomer began to deal with footwear as a consultant with Puma in 1965. He began to design ski boots for Nordica in 1969, and was responsible for the brand’s last leather boot, the Sapporo, and its first plastic boot, the Olympic. He has also designed ski boots for Atomic, Koflach and San Marco, among others. 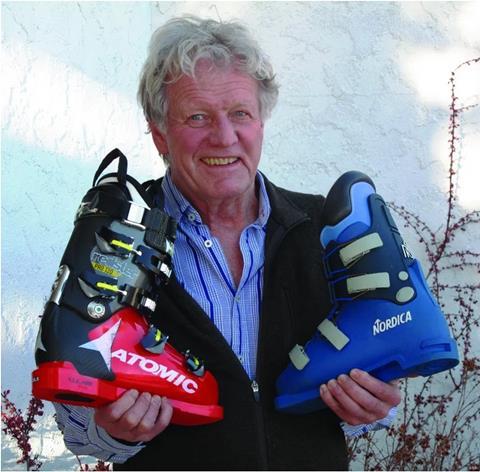