With the start of the Olympic Games in Beijing, the share prices of Chinese sports companies Anta Sports and Li Ning have risen, each by almost five percent in recent days. Analysts attribute this to a positive mood among the population due to the Games.

The value of one Anta Sports share was 123.700 Hong Kong dollars (€13.91) on Feb. 8. Anta Sports is the official sports apparel partner of the Olympics and Paralympics and also the official outfitter of the Chinese national team. Hong Kong fashion icon Timmy Yip designed the outfits, as he already did for the Tokyo Games last year. Anta Sports is the world’s third-largest sports company and made a revenue of 35.5 billion yuan (€4.88bn) in 2020. The company relies on a multi-brand strategy, growing steadily and increasing its revenue sevenfold from 2013 to 2020.

Li Ning’s shares were priced at HK$79.55 (€8.92) on the same day. However, the stock has been classified by analysts as a medium-risk stock since last fall and has been on a downward trend over the past six months. The company reported revenues of around HK$16,245.2 million (€1.8bn) in 2020. Li Ning, the founder, owner and namesake of the company, was one of the most successful gymnasts in the history of sports. He won six Olympic medals (three times gold) in Los Angeles and lit the cauldron of the Olympic flame at the 2008 Summer Olympics in Beijing.

Linus Yip, a chief strategist at First Shanghai Securities, said to Reuters that the Olympics are a new stimulus for China’s sports brands: “Anta and Li Ning, as the industry leaders, are set to benefit from a robust prospect for the segment going forward.” 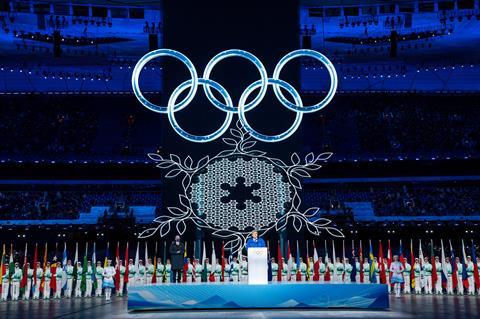