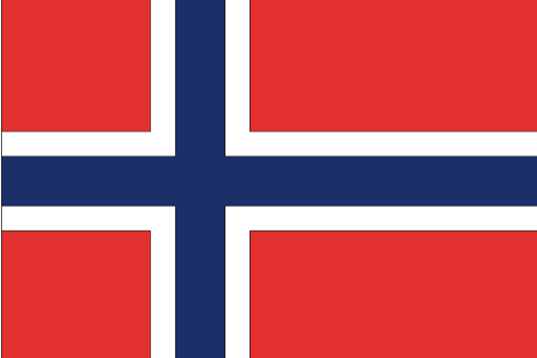 Many factors at the root of the Norwegian problem

Recent consequences of climate change aside, Norways’ two major competitors in the sporting goods market, Gresvig and XXL (see the related articles in this issue), have been caught in a “perfect storm” of troublesome factors, according to two experts: Trond Hansen, CEO of the Norwegian sporting goods industry association, Sportsbransjen, and Martin Kössler of the HuginBiz consultancy.

Perhaps it all started with the local folks call ”the Best Games Ever” in Lillehammer back in 1994. Norway won most of the gold medals at one of the most epic Olympic Winter Games. Bursting with pride, Norwegians emptied every sport shop to go outside and enjoy every bit of nature they could reach. While the country’s fortunes were pumped by the then flourishing oil economy, investors raced to support sport brands and chains like Helly Hansen, Gresvig and XXL. The Norwegian sporting goods industry featured regularly on the front pages of financial newspapers.

The rally continued for many years, leading the retailers to open up more stores. Indeed, Sportsbransjen’s figures show that the Norwegian sporting goods market grew about 50% from NOK 10 billion in 2009 to NOK 14 billion (€1.4bn-$1.5bn) in 2018, but it fell sharply in 2017 after reaching a peak of NOK 15 billion in 2016. The market has become saturated, and the two leaders, entangled in a never-ending price war from the beginning, have been confronted with new competition from pure internet players, off-price retailers like Outlet Sport and the stores of the major brands.

Boasting everyday low prices, XXL started its successful big-box format in Norway as the challenger of Gresvig’s G-Sport and Intersport stores, and the resulting price war has eroded their profit margins and those of some of their competitors as well. Gresvig has been the loser in the battle. According to Sportsbransjen, Gresvig’s market share declined from 45.0 percent in 2009, when it enjoyed near dominance of the market, to 29.3 percent in 2018, while XXL’s share rose from 4.0 percent to 32.5 percent. In addition, XXL has been expanding to other Nordic markets and Austria.

The retailers’ margins have been further squeezed in the last few years by the devaluation of the Norwegian currency, which has made their purchases of foreign products more expensive. Only some of the extra cost has been passed on to the consumer because of the sudden drop in the previous consumer bonanza.

The tipping point was reached in 2019. After five years in which quarterly sales in the sector showed a decline only twice from one year to the next – at the beginning of 2017 and at the end of 2018 – all four quarters of last year showed a negative trend, according to Sportsbransjen. Sales fell by 8.59 percent in the first quarter, by 1.45 percent in the second quarter and by 3.70 percent in the third. The association has not yet compiled figures for the fourth quarter, but governmental statistics indicate that the Norwegian sporting goods market declined by 3.5 percent, compared with drops of 0.7 percent in Sweden and 0.3 percent in Finland.