Arena has dedicated a retro-style capsule collection of swimsuits, T-shirts and sweatshirts to Mark Spitz, the American swimmer who in 1972 won more gold medals than any other single athlete ever had at any edition of the Olympic Games – setting world-record times in all of those events. His record of seven gold medals stood until 2008, when Michael Phelps won eight of them. According to the brand, the late Horst Dassler took his inspiration from Spitz when he founded Arena in 1973. The capsule’s centerpiece is, naturally, the Mr Allover Print men’s swimsuit, made of MaxLife fabric and coming in three styles. The women’s version has a “superfly” back drawn from the design of competition suits from the past. The Mr Face T-shirt, made of stretch cotton, displays Spitz’s face, which is displayed in a larger size in the Mr Big Face shirt. The Ms Hooded Sweat, also made of cotton, rounds out the line. All items are available at arenasport.com. 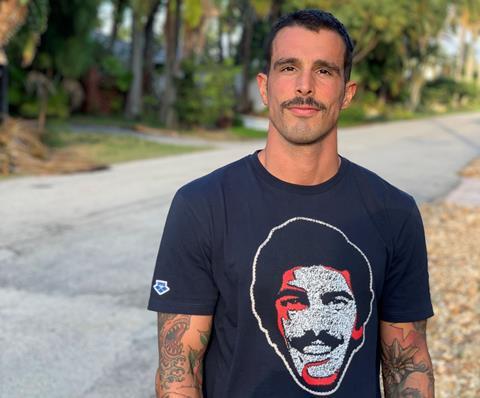