Adidas has unveiled the official match ball for the 2022 UEFA Champions League final, held in Paris on May 28. With the inscription “мир | PEACE,” the ball will not be available in stores as it takes one of the biggest stages in sports as an opportunity to unite the world in a global message of peace. Instead, the match ball will be auctioned off after the game. Proceeds will go to UNHCR, the United Nations Refugee Agency, which works to protect people forced to flee their homes due to conflict and persecution. 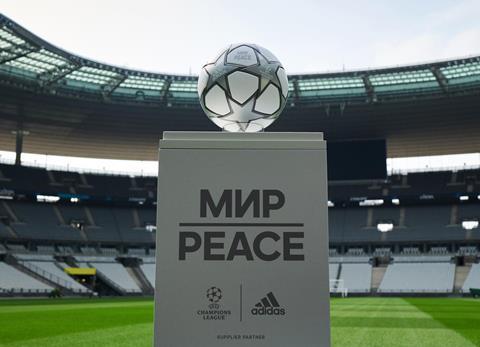