​On outfits Swiss Olympians – and bobsledders – in Beijing

After the Olympic Games in the summer of 2021, On, the Swiss sports shoe manufacturer traded on the New York Stock Exchange, is now also equipping the Swiss Olympic team in Beijing. For Tokyo 2021, On started supplying the entire Swiss team with apparel and footwear. In Beijing, the company is going one step further: for the first time, in addition to all Swiss athletes, various athletes from different nations will also be wearing a special shoe model at the bobsled events – and not just outside the ice channel, but for the first time during the competition itself.

The spiked shoe for special winter use is an exclusive model that is not intended for sale to a wider audience, On says. The model can be seen, for example, on On athlete Alexandra Burghardt of Germany, who swaps the running track for the Olympic ice canal for the first time. According to On, other teams have also ordered the special design for use in the Xiaohaituo bobsleigh and luge track this month. 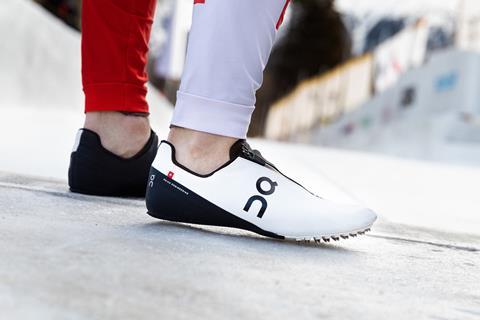