On partners with Swiss Olympic

On Running, the Swiss brand specializing in performance running shoes and apparel, will be kitting out the Swiss delegations to Olympic Games, Youth Olympic Games and all other Olympic missions until 2028, including at next year’s Games in Tokyo. The Tokyo Olympics, originally scheduled to take place in 2020, were post-poned to 2021 due to the Covid-19 global health crisis. The deal between On and Swiss Olympic coincides with the extension of the partnership between another Swiss company, Ochsner Sport, in this case a sporting goods retailer, with Swiss Olympic until 2028. Ochsner Sport and Swiss Olympic have been partners since 2015. The athletes of the Swiss Olympic Team will therefore be kitted out by Ochsner Sport with On clothing and On shoes. On was created in 2010 and is based in Zurich. As previously reported by SGI Europe, Roger Federer joined On as an investor and a brand ambassador last November. 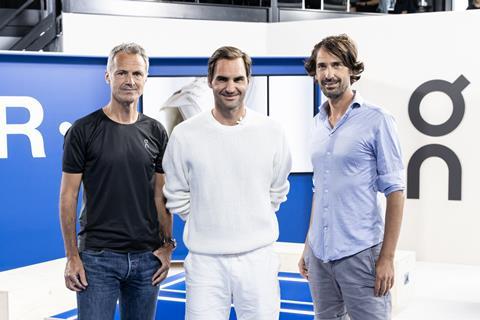