As part of Puma’s new campaign in favor of women, its puma-catchup.com website now features a brief review of the women who worked for the firm at its start, in 1948. Eight of the 14 employees whom the founder, Rudolf Dassler, recruited from the Dassler Brothers factory previously shared with his brother Adi Dassler were women. For ten-hour shifts during the week and eight-hour shifts on Saturdays, the women would sew uppers at the factory for such shoes as the Atom and Super Atom football boots. Kunigunde Geinzer, Elfriede Walz, Gretel Lohmeier and the others spent their whole careers on these tasks, from the age of 14 to retirement. The situation is different now in the sense that Puma has almost reached gender equality in leadership positions.

Meanwhile, Puma has embarked on a more modern campaign called “She Moves Us!” The WNBA player Skylar Diggins-Smith, the golfer Lexi Thompson, the footballer Nikita Parris and the high-jumper Yaroslava Mahuchikh – along with the pop musician Dua Lipa, the model Winnie Harlow and the actress Cara Delevingne – will be taking part in “talks, videos and interviews” throughout 2021.

Puma has also signed a long-term agreement with Women Win – a “global multi-dimensional women’s fund guided by the vision of a future where every girl and woman exercises her rights” – to raise the profile of female athletes. The goal is to “reach” 5,000 women now and another million by the end of 2023. Puma donated €100,000 to the fund in 2020 for its “Forever Tied Together” campaign for gender equity. 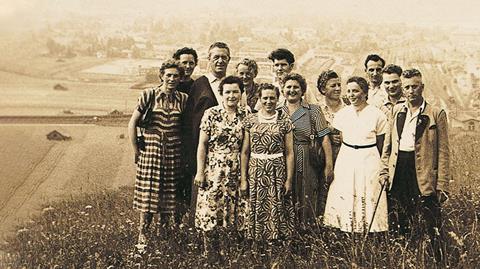