The insole and footwear manufacturer Superfeet brought its Fitstation – which it describes as a “personaliszd” insole- and footwear-fitting system – to Europe in November. Already rolled out in the U.S., the system pairs elements from both the Swedish footwear-tech company Volumental and the American computer company HP. Volumental’s Engage footwear-fitting platform performs a scan of the customer’s feet, providing not just dimensions but pressure measurements and gait analysis. This data then fed into an HP Jet Fusion 3D printer, which in turn produces customized insoles. In the words of Superfeet’s director of international sales, Frits Kuper, “consumers will no longer have to settle for mass-manufactured insoles and generic footwear fit, but instead supportive insoles personalised for both the shape and the movement of the individual’s foot.” Some 37 XXL stores in Norway will be the first to offer the system, to be followed by another 49 stores in Sweden, Finland and Austria later this year. 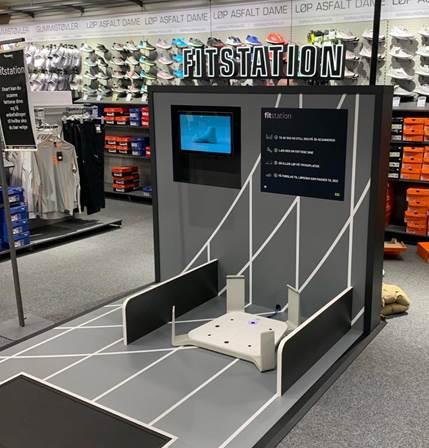