Tecnica has introduced Recycle Your Boots, a project that aims to promote the circular economy by transforming old, used boots into second-generation materials. A ski boot is made of up to 120 components, which typically end up in the landfill, the company explains. Any skier who plans to buy a new pair of Tecnica ski boots can now return their old boots, regardless of the brand, to the store. The old boots are collected by retailers and forwarded in larger quantities. An Italian company, Fecam, then disassembles the boots into their individual parts. The lining is removed and the plastic elements are separated from the metal parts. All parts are subsequently transported to the nearby Laprima Plastics plant, where they are converted into secondary raw materials that can be re-used in industrial production. The liners are also recycled and used for new upholstery. Ski touring boots are currently not included in the program, as they are often made with other materials such as carbon, which require other processes of disassembly and recycling.

Tecnica pointed out that Recycle Your Boots is not just a recycling project but rather “a new business model,” based on the active participation of the different actors in the product lifecycle, including the buyers themselves. The project was developed by the Tecnica Group in collaboration with the University of Padua.

Tecnica is launching the project in collaboration with Intersport retailers in Italy, France, Switzerland, Austria and Germany. The vision is to roll out the program in Sweden, Norway and Spain as well, said Maurizio Priano, marketing and brand manager for Blizzard & Tecnica, at ISPO Munich Online. Tecnica is also looking to expand in North America with a recycling partner capable of replicating the same sustainable and innovative process. An expansion to other ski boot brands is also not excluded, possibly starting with the other Tecnica Group brand, Nordica. 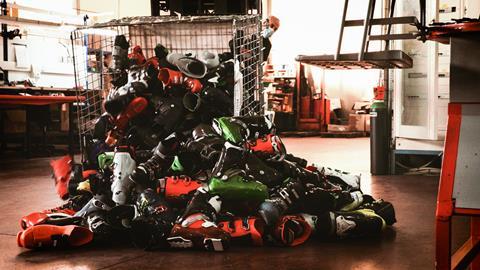