Under Armour launches the Curry brand

Imitating what Nike has done so successfully with Michael Jordan and the Jordan brand, Under Armour has launched the Curry sub-brand and logo in a new line of apparel and footwear products for a variety of sports. It is named after Stephen Curry, the 31-year-old NBA star whom it has been sponsoring since 2013. The Curry brand is starting off with products for basketball, golf and general lifestyle. A specific basketball shoe will be launched on Dec. 11. Women’s products and other sports such as running are set to follow. Described by some sports analysts as the greatest shooter in NBA history, Curry has won three NBA championships with the Golden State Warriors. He will be involved in product development and grassroots initiatives on behalf of UA. 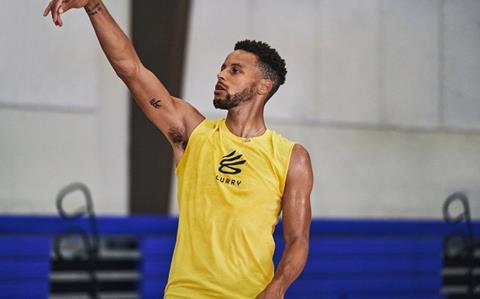