The Olympics are beneficial for Alibaba

Chinese people like to use the days around Chinese New Year to do some shopping. According to the technology company Alibaba, the most popular shopping products this year include items related to the Olympic Games, skiing and ice sports. 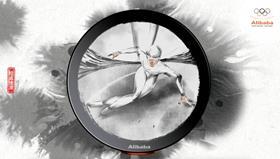 During the the New Year’s holidays (Jan. 31 to Feb.4), for example, demand for ski equipment on the e-commerce marketplace Tmall, launched by Alibaba in 2014, rose by more than 180 percent year-on-year. The increase was even more significant for skate and hockey products with the sales volume increasing by 300 percent. Tmall serves customers in China, Hong Kong, Macau and Taiwan. It is one of the most visited websites in the world. It allows brands and retailers from China and around the world to set up their own e-stores.

According to Alibaba, Tmall also counted more than one million Internet users in the official Tmall online store of the Olympic Games. Many product categories were sold out within a day. A particular bestseller was the mascot of the Beijing 2022 Winter Olympics, ”Bing Dwen Dwen”, a small panda bear: it was reportedly sold out within seconds.

AFP reports that it was also quickly sold out on other platforms and in retail stores. Now, there are allegedly problems with the production and delivery of the popular mascot. The hashtag “A Dwen for every household” on the Chinese short message platform Weibo (comparable to Twitter) subsequently generated more than 210 million views on Sunday alone.