Polygiene: Washing half as much reduces environmental impact by a third

Washing your clothes less not only protects clothes, but also the environment. For the first time, Polygiene® Group AB professionally measured the extent of this effect on the environment using a life cycle assessment. The result? Impressive. 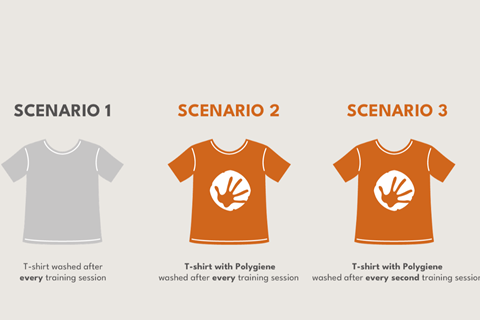 SWECO, independent Swedish consultancy and experts in sustainability assessments, did the Life Cycle Assessment for Polygiene.

In order to assess the impact of a product on the environment, it is not enough to look only at its manufacturing phase until the product is sold. According to the latest Fashion On Climate Report by McKinsey*, 21 percent of the greenhouse gases emitted by clothing occur during its use phase. Of these, 11 percent of all emissions are attributable to the care of the clothing alone, i.e. washing, drying, and ironing. “There is enormous potential for savings here,” says Sean Tindale, chief marketing officer and business development director of the Polygiene Group AB. Polygiene has now for the first time measured how big this effect is in a life cycle assessment (LCA) — according to ISO 140 40, carried out by Sweco, experts in sustainability assessments.

How does the data change if you wash half as much?

Based on 16 categories, the LCA determines the impact of a product from raw material and the manufacturing process through the use phase to the end of its life cycle. The basis of Polygiene’s analysis is a conventional training T-shirt, the kind you could buy anywhere. It is made of 90 percent polyester and 10 percent elastane. It is worn three times a week for sports, resulting in 156 training sessions a year. According to studies the lifespan of such a T-shirt can be set to 50 washes, after which it is worn out, loses its function, or no longer looks good. So, if the T-shirt is washed after every workout — which for many is the rule — you would need three such T-shirts in a year. Unless: you wash it less frequently. “We wanted to find out how the environmental impact of a commercial sports shirt would change if we washed it every second time instead,” Tindale explains. 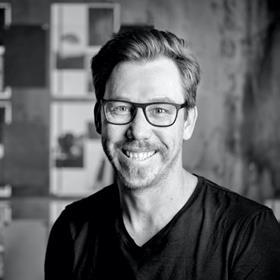 Sean Tindale: “So simple – so positive: Skipping a wash after every second use of a garment has a remarkable effect on the environmental footprint of clothes.”

Reducing environmental impact by more than a third

Three scenarios were compared. Scenario 1: A T-shirt that is washed after every wear; Scenario 2: A T-shirt equipped with Polygiene technology that is also washed after every wear; and Scenario 3: A T-shirt equipped with Polygiene technology but washed only every other time. The result is remarkable: If a T-shirt is washed only after every second use because it stays fresh longer thanks to the Polygiene finish, the environmental impact of the product’s entire life cycle is reduced by 35 percent. The improvements are particularly relevant in the area of water, because less water is used. In addition, a lot of energy can be saved. This analysis does not even include drying and ironing. If the T-shirt were put in the dryer every time after washing, the energy savings would be even higher.

The gain is higher than the investment

Of course, the LCA also shows how the Polygiene StayFreshTM finish, which is based on silver salts, affects the environment. Polygiene can now provide a science-based answer to this frequently discussed question as well. In fact, the impact is very small. “A StayFresh finish with silver salts has an impact, of course, but it’s only 3 percent. But if you change your behavior because of Polygiene, we save tremendously and can make a big change,” Tindale explains.

Extend the use phase & buy less

Washing less is good for the environment, the wallet, and the clothes. If consumers change their behavior, they don’t have to replace their clothes as often because they last longer. “It’s not frequent wear that wears out clothes, it’s frequent washing,” says Tindale. “And one of the most important cogs in the circular economy system is keeping products in use for longer, which in fashion means stretching out the useful life of a garment as far as possible.” Ultimately, this benefits the growing second-hand market, because the clothing ends up there in better condition.

Polygiene thus helps to significantly extend the useful life of clothing, which in turn helps to ensure that less clothing has to be manufactured overall — which is the single most important gain for the environment.

The message is “Mindful Living”

Changing habits takes time. But people can also change faster than expected. The trend toward veganism in recent years demonstrates this, as did the digitalization boom during the pandemic. The more brands explain to their customers the connection between washing and environmental impact, the more consumers can make a conscious purchasing decision and change their behavior. Tindale: “We’re talking about something that consumers can do themselves by acting mindfully and responsibly when purchasing products. That is all it takes, a conscious decision at the moment of purchase.”