Our world is only 8.6%1 circular today. Where will we be in 2050 and beyond? We are confronted with the most profound choice imaginable: “Utopia or oblivion”2. Imagine if we could draw a hopeful picture, a glimpse of the possible, and then ask ourselves: What is the most important thing we should be thinking of right now? 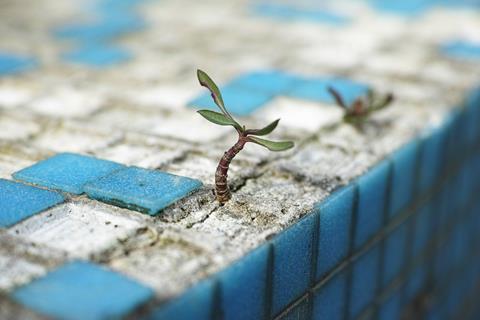 When future fellow humans look back at this decisive decade, it will probably be called the “big shift” or the “system change,” and it will go down in history as a period of disruption, break-down, and opportunity.

The drive to succeed in the here and now, at the cost of future generations, seems to currently present an almost insurmountable road block. As much as we would like to find the key for solutions to thriving in the very long term, the majority of humans don’t seem to fully understand the incentives to keeping nature alive rather than exploiting it for short-term gain. We are literally sawing off the branch we are sitting on.

But it has become harder and harder to avoid recognising that we are in a full-scale planetary emergency. So how can we turn this emergency into the emergence of sustainability for all life on earth?

Where do we, as a global community, want to go? Not tomorrow, but in 20, 50, 100 years from now? What possible scenarios would work for all species, for all time? And what would the road map to get there look like?

There is a fundamental advantage to be had, when solving any problem, by starting with the whole and then proceeding to the parts and details.

The design champions the revolution

In this essay we will explore the idea that design can champion the revolution we crave. Because it seems nine billion people of different cultural and social backgrounds and means can’t be convinced to change behavior to help a distant future relative by sensible arguments alone.

Imagine if people started to grasp intuitively, what would be future friendly and supportive behavior without anyone having to tell them what to do — through design.

As the futurist and engineer Buckminster Fuller stated in 1969: “All of humanity now has the option to ‘make it’ successfully and sustainably, by virtue of our having minds, discovering principles and being able to employ these principles to do more with less.”

Fuller also coined the notion of comprehensive anticipatory design science as a grand strategy for problem-solving3, and could be called the grandfather of what we today call circular design. 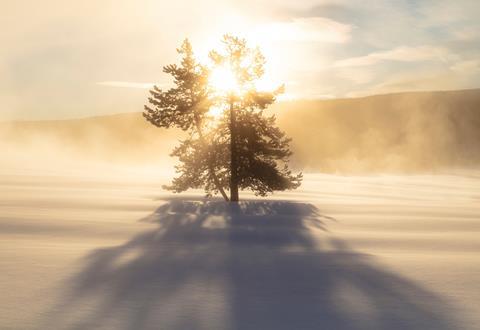 Nature as a blueprint

The answer to designing for the future is nature: It already has all the answers. But in a world as complex and fluctuating as today’s, we must continually ask: What do we mean by design, and what do we mean by nature?4

After centuries of mistakenly believing we could exploit the landscape without consequence (design without nature) we have now entered an age of extreme climate change marked by rising seas, resource depletion, desertification, ecosystem migration, and unprecedented rates of species extinction. Set against the global man made phenomena of accelerating consumption, ubiquitous urbanization, and rising inequality, these environmental changes are impacting everyone, everywhere. Adapting our cities and their infrastructure to conditions of rapid environmental change is the central design and planning challenge of the 21st century.

But what would happen if we designed only and truly with nature in mind? And not only cities and infrastructure but also consumer goods? If we asked: How does the product interact with nature? Does it give back to nature? Does it take less than nature can restore within one life-cycle?

An example would be to use nature as a blueprint, with biomimicry as a technological-oriented approach, focused on putting nature’s lessons into practice.5 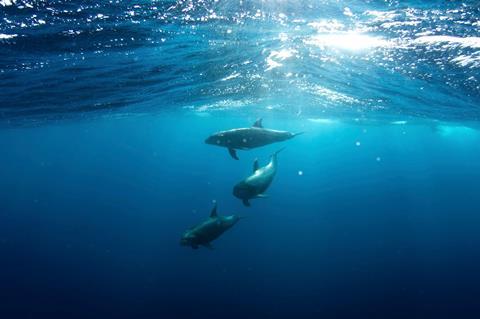 Imagine if nature had the same rights as a human and could be defended against violations, as the movement Rights of Nature calls for6. Imagine if all places in nature were sacred and were treated as such.

Imagine having to prove that your product does no harm to anyone, past, present or future, including the natural world, before offering it on the market?

Imagine incorporating the true value of natural materials, given to us by our generous planet, into a final price tag — for all products.

Then imagine living like that. Not suffering from scarcity and not living off someone else’s resources, whether they be far away or separated from us by space or time?

Imagine living, producing, and trading within the “green doughnut” of Kate Raworth’s playfully serious approach to framing humanity’s 21st century challenge; meeting the needs of all within the means of the planet. In other words, ensuring that no one falls short on life’s essentials (from food and housing to healthcare and a political voice), while ensuring that collectively we do not overshoot our extractions from Earth’s life-supporting systems on which we fundamentally depend7 — such as a stable climate, fertile soils, and a protective ozone layer.

Are we brilliant enough to fuse with nature whilst not hurting it, to make our “system human” work with the “system planet”? 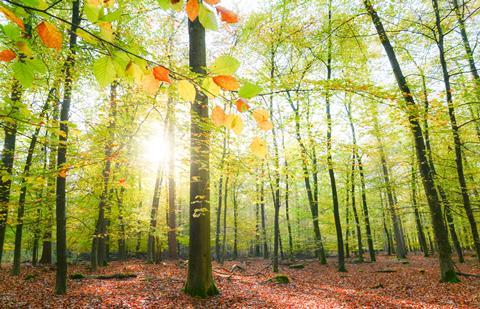 We have kept global warming to 1.5°C. We have restored half of the planetary ecosystems by simply leaving them alone and cleaning up the mess (plastics, toxic chemicals, GMOs, etc). We have protected and restored enough of the global oceans8, whilst placing an emphasis on the restoration of seagrass meadows and kelp, and have banned bottom trawling completely. We have protected enough of the global landmass and restored it to wild spaces, which are functioning as green generators of biodiversity and successfully sequestering carbon to balance our atmosphere. As the Half-Earth Project suggests, by protecting one-half and above of the earth’s surface, life on Earth enters the safe zone.

We have learned to produce enough food for all due to permaculture principles, with localized food production and only a very small percentage of import and export for variety. Petrochemicals like plastics are banned for the use of day-to-day consumer goods. All countries have achieved energy sovereignty due to intelligent, diverse, and localized sources of power. We have designed products whereby the resources can go back into either the biological circle or the technical circle, as the principles of cradle to cradle have taught us9.

We live within our means. And we have become the guardians of the very earth we live on and not what ails it. 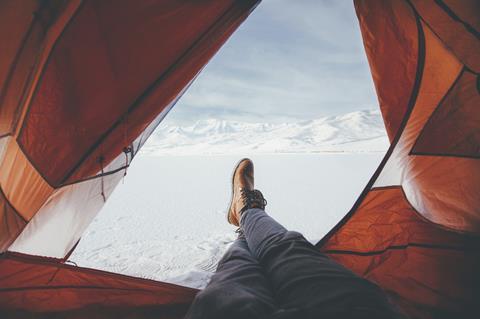 The paradigm of economics

Does today’s logic of economy as we know it support this vision? Can consumption be sustainable within a circular system?

It begs the question: How do we measure success? Profitability requests of company performance and country GDP drive economies towards monetary riches and therefore linear growth. If we want to be successful within a circular system, we have to leave that paradigm and lean into a more balanced idea of wealth, including functional social and eco-systems along the entire value chain, by mandatorily introducing a triple bottom line.

Of course, these questions are also embedded into a political and cultural landscape, with wild card events like pandemics, more and more frequent natural disasters, and wars. Or some unforeseen disruptive technology, dreamt up by a genius, with the potential to change human behavior within a few years, as we have seen with Facebook and subsequent social media phenomenons. To quote Fuller again: “The Design Science Revolution can be won by all. The bloody revolution can be won by none.” 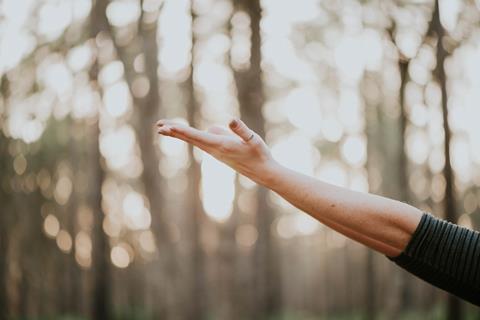 How do we make the vision of circularity a reality?

Now, back to where we started with the circularity gap and how to bridge the remaining 91.4 percent. Within the textile sector we have even more work to do, as the gap here is a staggering 99 percent plus, according to the Ellen MacArthur Foundation.

As Beth Jensen from Textile Exchange puts it: “For real change to happen, everyone needs a clear path to positive impact. That’s why we believe that approachable, step-by-step instruction paired with collective action can catalyze change, mobilizing leaders through attainable strategies, proven solutions, and a driven community.”

To read more about the upcoming laws and regulations that largely support working towards the best-case-scenario crafted above, here’s what the textile sector will look like by 2030, according to the EU’s vision.

(*footnote: This is Houdini Sportswear’s message. We have borrowed it as there is really no better way to describe the pathway forward)

GreenroomVoice is an agency specializing in communication on sustainability in outdoor sports. The purpose of our work at GreenroomVoice is to communicate with an objective and journalistic approach, which is customized to the needs of the client. Our clients are media, tradeshows, where we curate showcases on specific issues on sustainability, and brands/suppliers for summarized profiles on their CSR activities. We are committed to trustworthy and verifiable information and see ourselves as sense-makers in an increasingly challenging landscape of communication.

4 Renowned for his book Design with Nature, Ian L. McHarg (1920-2001) was one of the most influential environmental planners and landscape architects of the 20th century. By “design with nature” McHarg meant that the way we occupy and modify the earth is best when it is planned and designed with careful regard to both the ecology and the character of the landscape. https://mcharg.upenn.edu/what-does-it-mean-design-nature-now-0

5 According to Janine Benyus, biomimicry sees nature as a model. It studies nature’s models and imitates them or uses them as inspiration for designs or processes with the goal of solving human problems.

6 Rights of nature or Earth rights is a legal and jurisprudential theory that describes inherent rights as associated with ecosystems and species, similar to the concept of fundamental human rights. The rights of nature concept challenges twentieth-century laws as generally grounded in a flawed frame of nature as a “resource” to be owned, used, and degraded.

9 Read Alexandra Cousteau’s count of how everything could be different in 2050 https://www.alexandracousteau.com/the-oceans-in-2050/