VF Corp. has appointed Susie Mulder as global brand president of Timberland, a big VF brand that has been performing less than others lately. She will start her new role with the New Hampshire-based brand on April 5 and report to VF’s chairman, president and CEO, Steve Rendle. She will also serve on VF’s executive leadership team. 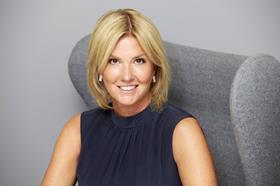 Mulder joins Timberland from a women’s apparel brand, Nic+Zoe, where she served as CEO since April 2012, steering the brand’s revenue growth through expansion into new points of distribution in the U.S. and internationally. She was also responsible for the launch of the brand’s direct-to-consumer efforts through e-commerce and physical brand stores. Before Nic+Zoe, Mulder was a partner at McKinsey & Company, where she held a leadership position in the global retail and consumer goods sectors for 15 years. She currently sits on the boards of Kraft Heinz Company and Sally Beauty Holdings. Mulder will replace Martino Scabbia Guerrini, who served as Timberland’s interim brand president for the past 14 months after Jim Pisani stepped down in January 2020. Guerrini will continue in his role as VF’s president for the EMEA region, and Mulder will partner closely with him to manage the leadership transition.