Puma has promoted two executives to its board of management, effective June 1, to oversee the company’s finances and sales. Taking the place of Michael Lämmermann, Hubert Hinterseher has been promoted to the role of chief financial officer. Lämmermann, 59, has decided to retire after 28 years with the company and eight years as its CFO. He has agreed to stay on as an adviser until the end of the year to ensure a smooth transition.

In a simultaneous move, Arne Freundt, 41, will assume the role of chief commercial officer on June 1, taking charge of sales, retail, e-commerce and logistics. He has been with Puma since 2011, starting as global director of strategy and taking charge four years later of Puma’s global direct-to-consumer business. He became regional general manager for Europe, the Middle East and Africa (EMEA) in 2019. Prior to joining Puma, Freundt worked at Siemens Management Consulting in Munich, leading projects in Europe, the U.S., China and India.

The other two members of the board of management are still its CEO, Bjørn Gulden, who oversees product and marketing, and the company’s chief sourcing officer, Anne-Laure Descours, responsible for sourcing and development. 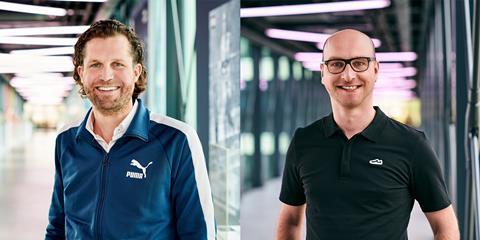