Wolverine Worldwide appoints new executives for the group and Sperry 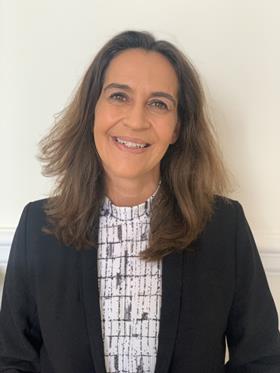 Isabel Soriano has been named president of international at Wolverine Worldwide. In this new role, she will oversee all company’s operations in the EMEA region, Latin America, Asia-Pacific and Canada. Soriano joined the group in 2018 as vice president and managing director of EMEA, responsible for leading all of the company’s brands in the region, including Merrell, Saucony, Sperry, Cat Footwear, Hush Puppies and Keds. Joining the company’s executive leadership team, she will report directly to Brendan Hoffman, president of Wolverine Worldwide. Before joining Wolverine, Soriano was vice president and general manager for Vans, Timberland and Kipling in South America at VF Corp. She also held several positions of increasing responsibility in sales, global distribution and brand growth at Timberland and Nike.

Wolverine also named Katherine Cousins as the new global brand president of Sperry, its boat and casual footwear brand. Cousins collected considerable experience through various consumer-centric and digital leadership roles in footwear, licensing and accessories. In her new role, she will also report directly to Hoffman and succeed Joelle Grunberg, who will assist with the transition and other special projects. Cousins most recently served as vice president and general manager of Kodiak, Terra and Work Authority at VF Corp. Previously, she led global strategy, consumer research, licensing and accessories at Timberland, and before that, she was responsible for investor relations and business development at Timberland.