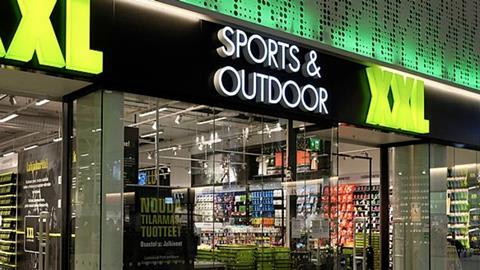 XXL ASA is still stuck in a downward spiral and is taking drastic steps to try and stop it, including a search for new “sustainable” sources of liquidity other than new equity. A decision in this respect is expected to be taken during the present quarter, said the management, declining to comment at this stage on this or on the consequences of Gresvig’s bankruptcy.

The bad news about Gresvig lifted XXL’s stock price by 12 percent, but then the bad news from XXL on Friday sank it by nearly 18 percent.

While releasing poor results for the fourth quarter of 2019, XXL’s management announced that it will immediately launch a massive clearance campaign across its main markets, with the medium-term goal of reducing inventories down toward a level of 25 million Norwegian kroner (€2.5m-$2.7m) per store.

During 2019, the leading Norwegian sports retailer endured challenging conditions in the Nordic countries, with negative growth and consequently a major build-up of inventory in the whole industry. This has led to strong promotional activity at XXL as well as at Gresvig (see the related story), and no doubt other retailers. In January alone, when temperatures were particularly high, XXL’s revenues fell by 22 percent across all the geographies.

XXL also announced that it has changed one of its key strategies, which has been to offer the widest range of products from many brands in its big-box stores and over the internet. Instead, it will reduce the number SKUs and suppliers in order to lower inventory costs and cut down on complexities in procurement, production and distribution. The management indicated that it will focus on premium brands and products in the medium term, to raise margins, but it seems that it will still strive to maintain an attractive price-quality ratio. It intends to achieve this objective through more partnerships with key suppliers.

In connection with the new assortment policy and in view of the extremely poor winter conditions and challenging market dynamics that persisted through the month of January, particularly in the area of winter sports, XXL has included an extraordinary inventory write down of NOK 385 million kroners (€37.9m-$41.5m) into its accounts for the fourth quarter of 2019.

On top of the massive inventory write-down, XXL’s quarterly results were also heavily affected by lower bonuses for suppliers and a decline of 12 percent in same-store sales.

Overall, the gross margin tumbled by 16.4 percentage points to 19.8 percent, due in part to the inventory write-down. In spite of savings in operating costs, XXL posted negative Ebitda of NOK 246 million (€24.2m-$26.5m), up from a loss of NOK 115 million in the year-ago period.

Excluding the write-down and other special items, adjusted Ebitda actually improved to NOK 139 million. However, while XXL’s net interest-bearing debt has declined to NOK 1,200 million (€118m-$129.3m), thanks to recent refinancing, the company is now in danger of breaking the covenants that it had agreed to with a bank consortium last June 11, which called for the debt/Ebitda ratio to stay below four times Ebitda in 2020. This has triggered the search for new sources of cash.

The management now says that it is working on a number of initiatives to turn around the negative sales trend and to adjust its cost base to current sales volumes and market conditions. This includes an upgrade of existing stores, further improvement of the product offering, improved marketing effectiveness and a reduced cost base.

In the fourth quarter, the group’s lower revenues were partly offset by the opening of seven new stores in the course of 2018. The total number of physical stores reached 86 at the end of the quarter. XXL opened one new store in Finland during the latest period.

The results country by country

In Norway, where market conditions were especially challenging, XXL’s revenues dropped by 15.5 percent to NOK 1,084 million (€106.7m-$116.9m) in the quarter, with same-store sales down by 16.2 percent. The market was characterized by high inventory levels and thus heavy discounting activities from many players. XXL said it continued to focus on the balance between growth and gross margin control, which caused it to lose sales and market shares. On an adjusted basis, the gross margin fell by 0.9 percentage points to 38.3 percent, while the adjusted Ebitda margin increased to 17.9 percent.

In Sweden, quarterly revenues of NOK 653 million (€64.3m-$70.4m) were down by 6.2 percent in the local currency, weighed down by a drop in comparable sales of 8.3 percent, as the Swedish sporting goods market continued to be volatile and price-focused with many discounts, declining overall by an estimated 4.0 percent in the quarter. The adjusted gross margin contracted by 0.6 percentage points to 34.4 percent and the adjusted Ebitda margin declined by 0.6 percentage points to 3.3 percent.

In Finland, where sales of sporting goods are estimated to have fallen by 5.2 percent, XXL’s revenues declined by only 4.8 percent in euros to the equivalent of NOK 451 million (€44.4m-$48.6m). Same-store sales declined by 10.2 percent. XXL opened a new store in Seinäjoki on Nov. 14. The adjusted gross margin rose by 2.8 percentage points to 36.4 percent and the adjusted Ebitda margin improved to 10.8 percent from 4.4 percent in the year-ago period.

In Denmark, where the company is still trading only online, sales dropped by 64.2 percent in the local currency, down to the equivalent of NOK 9 million (€0.9m-$1.2m). XXL has made adjustments in Denmark, among other things moving the operations under the Norwegian e-commerce organization. Marketing spending was reduced in the quarter, which impacted sales volumes negatively but improved the cost base. On an adjusted basis, the gross margin improved considerably to 31.2 percent. The Ebitda margin remained negative at 16.7 percent of sales but turned positive for the first time in December.

In Austria, where the company started operating in August 2017, same-store sales declined by 23.3 percent in the local currency, partly offset by the opening of new stores. XXL’s overall revenues in the country dropped by 0.9 percent to NOK 121million (€12.0m-$13.4m) and were down by 5.5 percent in euros. The adjusted gross margin improved by 5.9 percentage points to 31.2 percent and the negative Ebitda margin eased down to 10.7 percent. The company wants to start breaking even in Austria this year.

For the full year 2019, the company’s total operating revenues dropped by 5.1 percent to NOK 8,992 million (€884.5m-$968.4m), with same-store sales off by 8.6 percent. Even revenues from e-commerce declined, down by 6.5 percent on a comparable basis, representing 16.1 percent of the turnover. The gross margin improved by 1 percentage point to 38.3 percent, while the Ebitda margin contracted by 1.9 percentage points to 3.8 percent.

Going forward, XXL will slow down the pace of the store roll-out, focusing on Austria and Sweden and concentrating on cities where marketing expenses can be shared. While the company opened seven new stores in 2019, only four new leases have been signed for 2020 so far. A second store in Malmö that is as large as 20 tennis courts, called XXL Emporium, is opening just now, catering to customers from Sweden as well as Denmark.

The company will also be looking at downsizing smaller stores and renegotiating rental contracts. It will also launch a new store concept, but the aim going forward will be to develop its big box format – with typical stores measuring 3,500 square meters and boasting a wide range of products – as well as e-commerce.

The management confirmed that it has appointed Pål Wibe as the new chief executive of the company, starting in April. Wibe is a Norwegian manager with a strong background in discount retail. He has been the CEO of a low-priced chain of variety stores, Europris, since March 2014. Meanwhile, Tolle Grøterud, who has served as interim CEO since December 2018, will remain in the company’s management team, focusing on strengthening HR and communication, as well as recruitment. André Sjåsæt, the former head of digital services at Bertel O Steen – one of Norway’s largest service and trading companies – has been appointed as XXL’s new strategy and business development director.