Kappa collaborates on Naples’ kit with an Argentine designer

County of Milan, a brand run by the Argentine designer Marcelo Burlon, has collaborated with Kappa to revamp the uniform of the SSC Napoli football club in a rather sumptuous way.  Kappa, which is the official sponsor of the club, calls it “a celebratory collection” to “convey the culture, the tradition and all the internationality of Naples and its football team through Marcelo Burlon’s vision and creative flair.” The collection comprises two new jerseys (€148 a piece on Burlon’s website), footballs, backpacks and streetwear. It will be available online from County of Milan (at press time all items were sold out) as well as major retailers. The jersey is due to be worn by the Naples team for the first time on Sunday, April 21, when it will fight against another Serie A team, Inter Milano. The match will take place in Naples’ stadium, which has been renamed after a famous Argentina champion, Diego Armando Maradona, who played for the Naples team for many years, following his recent death. 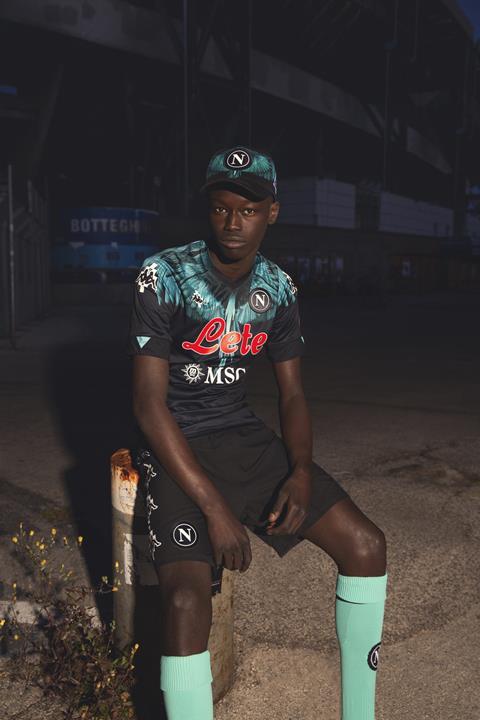